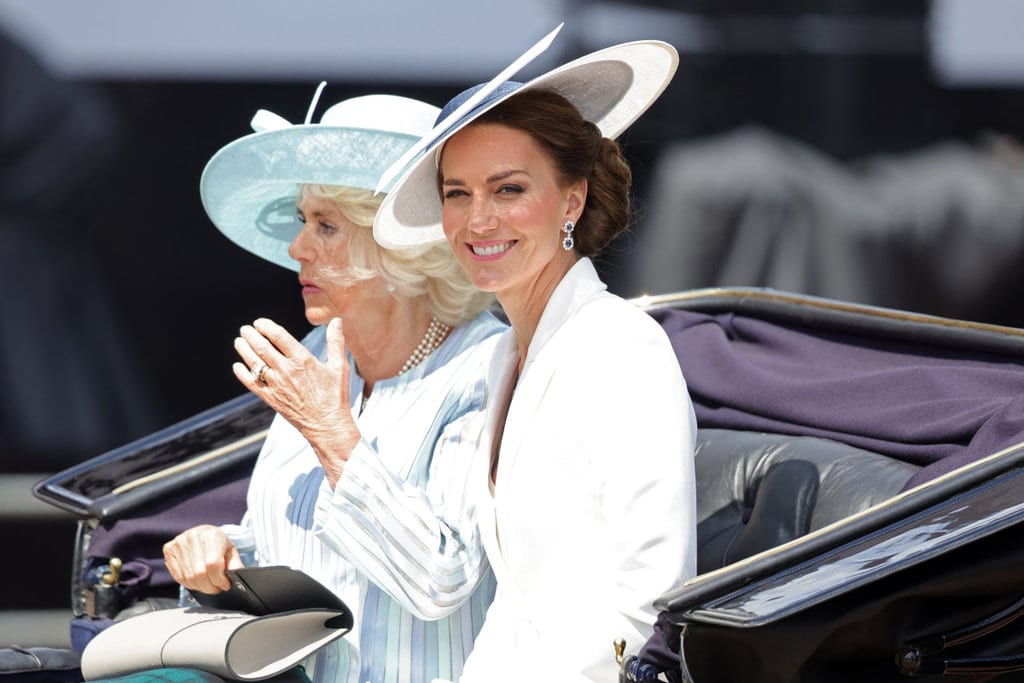 2022 was a memorable year for Kate Middleton for at least two reasons: she turned 40 in January and became the new Princess of Wales in September. Of course, Kate continued to be an icon, and this post is dedicated to four of her most famous looks of the past year.

Kate and William traveled to the Caribbean in March. They first stopped in Belize, then jetted off to Jamaica, and finally, landed in the Bahamas. Kate’s looks were celebrated, including this floor-length metallic pink gown with flutter sleeves made by The Vampire’s Wife that she wore to a reception in Belize. The pink stunner was the first of three evening ensembles for the tour. The Duchess of Cambridge paired the gown with custom earrings by O’Nitaa. 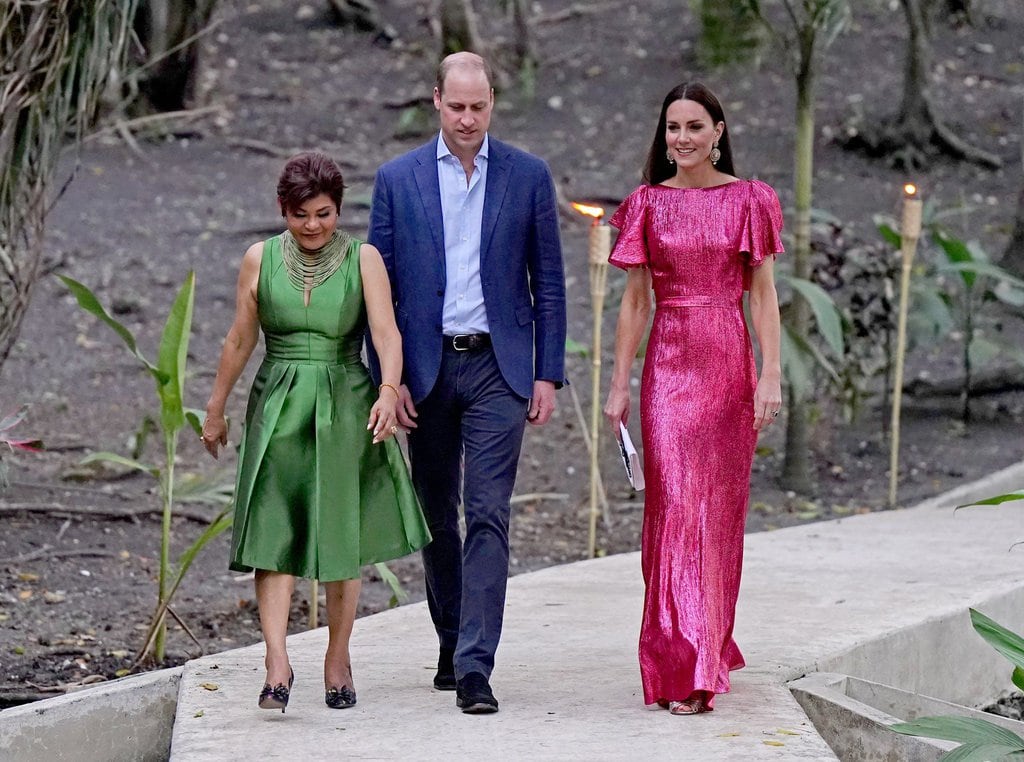 The Vampire’s Wife is a British-based business, and this dress was the second of her outfits that Kate’s worn. The first time was in March 2020. She then appropriately wore an emerald green cocktail dress made with the same shimmering fabric to Ireland. The green look was forever captured in June 2022, when Kate Middleton posed for the first official portrait commissioned of her with her husband Prince William.

One staple in the royal diary is the traditional Easter service at St. George’s Chapel in Windsor. This year, Kate Middleton and her daughter Princess Charlotte coordinated in pastel blue for the occasion. Prince William and Prince George also attended the service. Little brother Prince Louis was considered too young to attend. 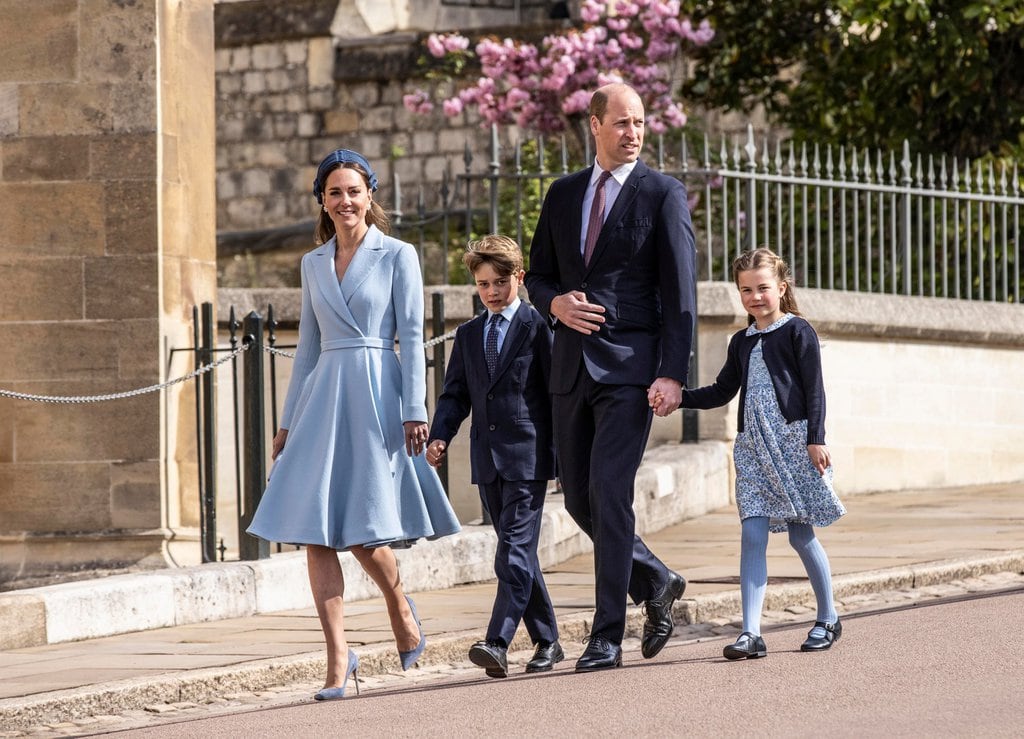 Kate demonstrated once again that nobody can rock a coatdress quite like her. Kate chose Emilia Wickstead for the holiday. We’ve seen Kate wear this same piece before, in 2017 while she was visiting Luxembourg. The look was complete with Cassandra Goad earrings and an accessory that is harder to pull off—a headband—which Kate always does with ease.

June 2022: A Happy Color for the Platinum Jubilee 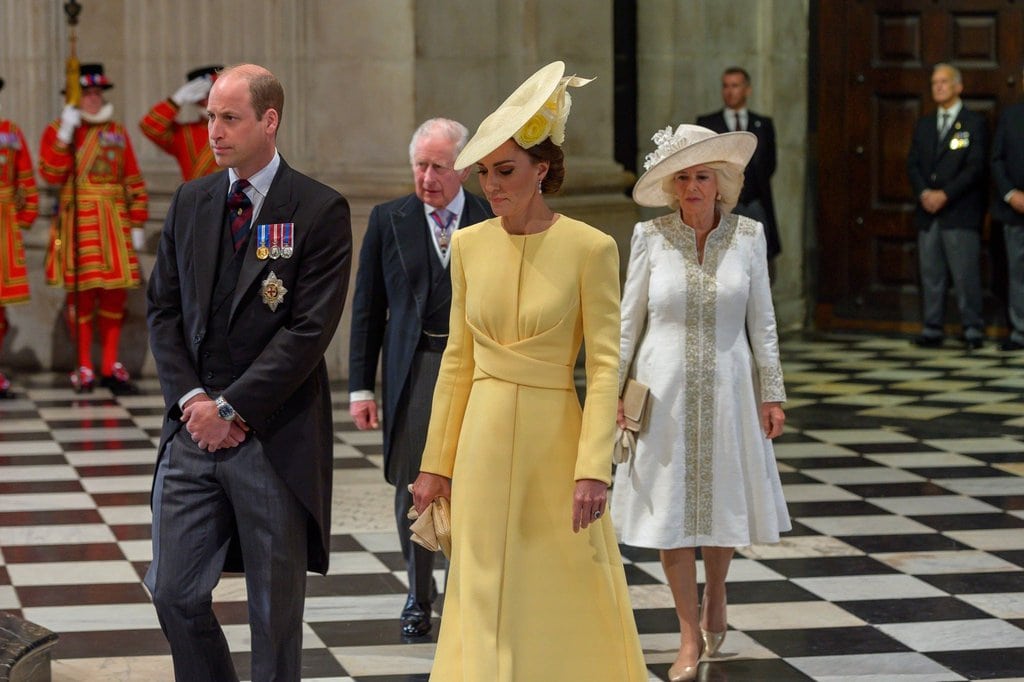 The Platinum Jubilee was probably the happiest highlight of 2022. It was held for four days in early June to mark Queen Elizabeth’s record 70 years on the throne. Kate wore a pastel yellow Emilia Wickstead coatdress, for the Service of Thanksgiving at St. Paul’s Cathedral. This outfit stood out among the otherwise outstanding outfits she chose for the celebrations. The color was cheerful to match a joyful weekend, and she wore it with a hat by Philip Treacy and earrings from the queen.

November 2022: Kate Middleton Gets Down to Business

Except for the formal looks that make up this list, we also have to recognize Kate’s wardrobe for work engagements, like this blue-purple suit from Alexander McQueen. She wore it to step off the plane at Boston airport. 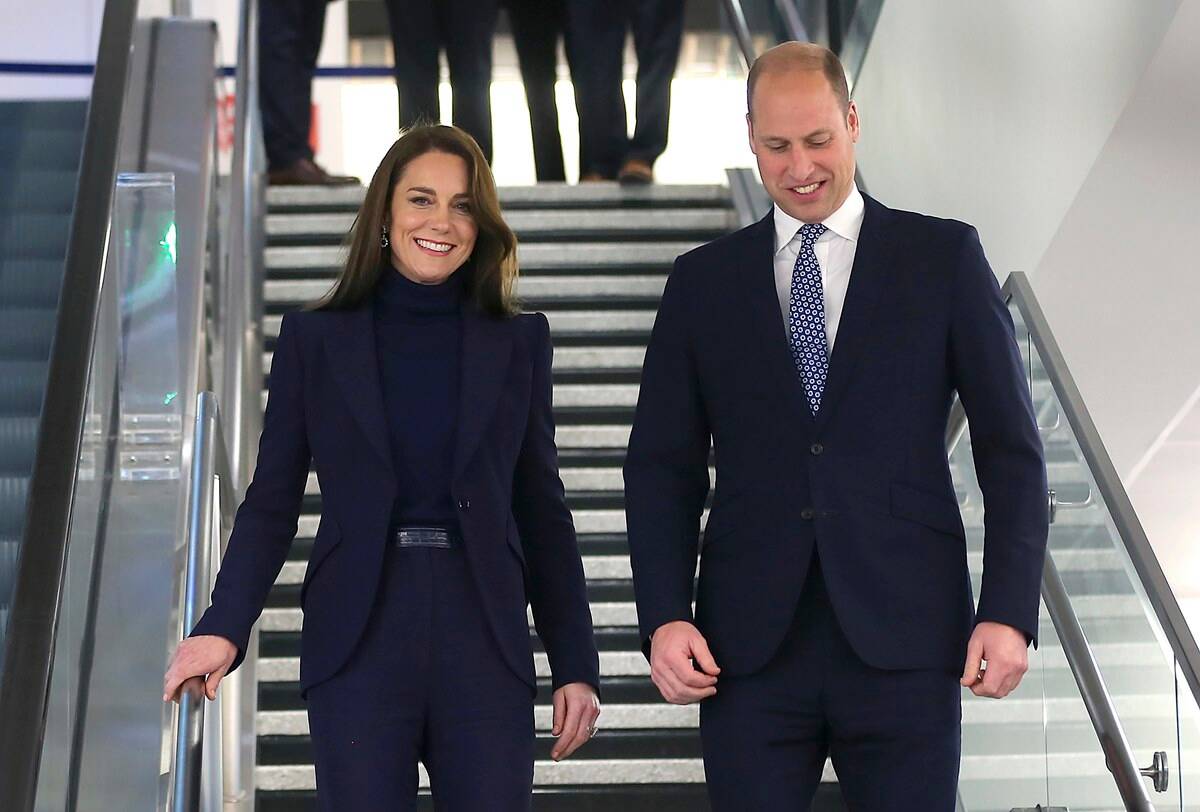 Kate Middleton is a big fan of this exact McQueen suit. She wore the same in white, navy, and bubblegum pink all in 2022 alone. It’s hard to blame her for doing so as it is a great outfit. She completed this work-ready look with a pair of Princess Diana’s sapphire and diamond drop earrings which perfectly complemented Kate’s engagement ring. The earrings are the same that Diana wore when the late Princess of Wales famously danced with John Travolta at the White House in 1985.

Some celebrities love to include their fans when celebrating a loved one. That’s what actress ...

The Complete Aromatherapy Guide for a Good Night’s Sleep

Sleep is the spice of life! It’s the secret to better well-being and a healthier mind and body. If ...

How to Make Joanna Gaines’ Delicious Tiramisu Recipe at Home

If you’re tired of the apple and pumpkin season recipes, this refreshing treat is just what you ...